“We have the power to make this the best generation of mankind in the history of the world – or to make it the last.” ——  John Fitzgerald Kennedy

Dennis Glover is the Vice President of the Twenty-First Century African Youth Movement (AYM).  He is the one charged with operational responsibilities for the Movement.  At least, twice every year, since his extended and uninterrupted three year tour of duty in Sierra Leone (2006 – 2009), he returns to build upon what we had started – slow but sure.  Dennis also writes a BLOG to share his personal journeys with friends, family and of course, AYM supporters around the world.

Dennis has just published his latest blog, Peace Corps Day 2014.  It is quite a story.  Coincidentally, the event fell on a very special day for Peace Corps around the world.  Glad that AYM could play host to a cross-section of Peace Corps Volunteers in Sierra Leone on their special day. 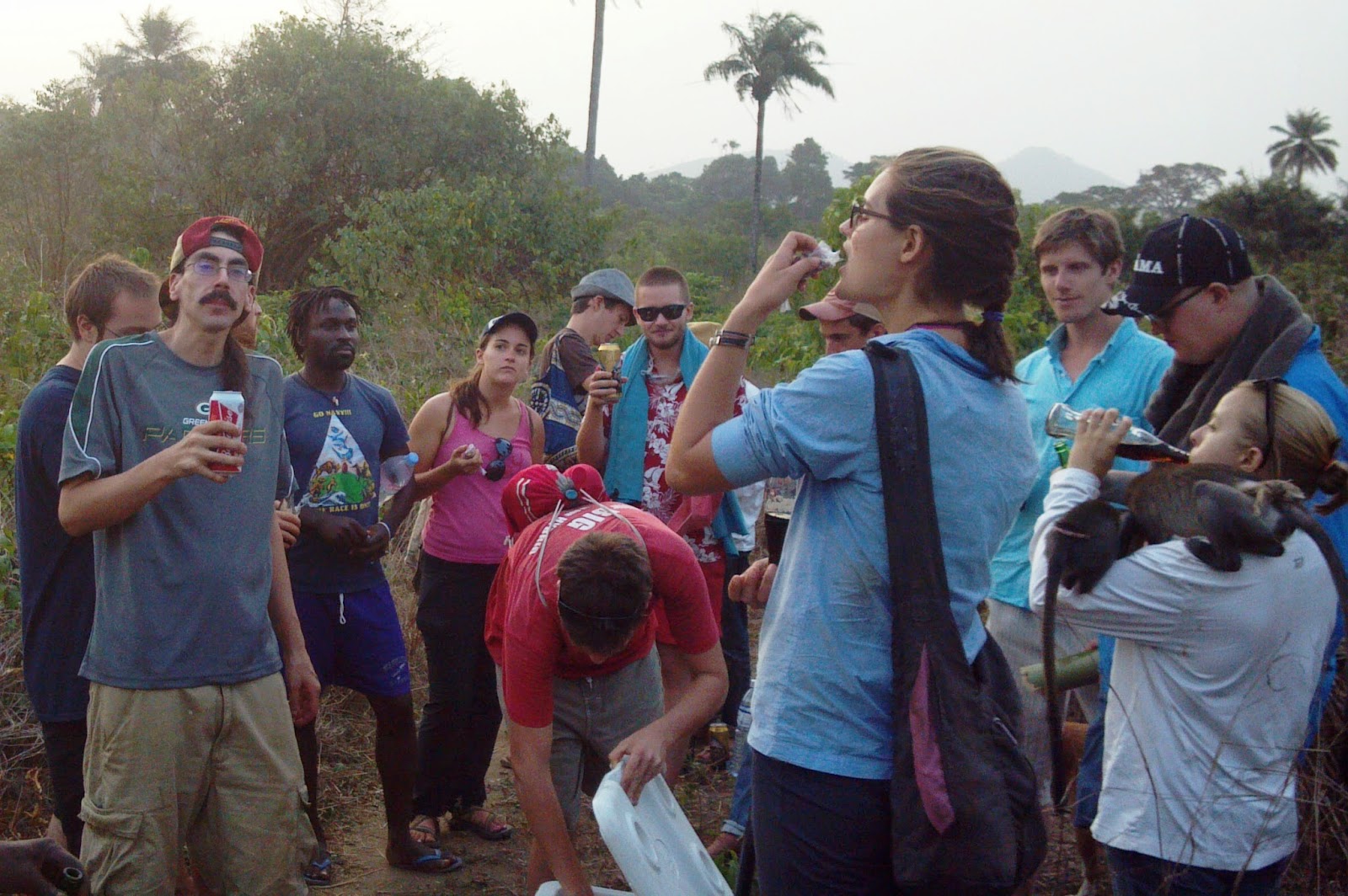 Could AYM have done this seven years ago?   I don’t know.  We are pretty creative in more ways than one.  With some tweaking, it could have been done.  But, seven years ago, we lacked – I mean the AYM Social Enterprise Center in Mattru Jong – lacked some capacity to even make life easy for us the volunteers.

Seven years ago, Dennis had recruited Christopher “Dude” Lankford into the African Youth Movement.  Dude, as Christopher is popularly known, is a man of little words, a very high capacity for active listening and, a big – I mean – a BIG HEART!  He is the brain behind the steady and reliable electricity at the AYM Social Enterprise Center.  With steady electricity, possibilities are endless, Dude will always remind us and, we agree.

The story continues and here are a few comments from the Peace Corps Volunteers at the AYM Social Enterprise Center in Mattru Jong:

“Compelling endeavors attract dedicated individuals. African Youth Movement truly understands that to create meaningful development, face-to-face engagement with community members will make the greatest impact. As a Peace Corps Volunteer also in Sierra Leone, we all work together under extraordinary circumstances to make a difference in the people of this country’s future. The people of Mattru Jong have great teachers at AYM to dedicate their energy.” —- Sam Schleipman, PCV Moyamba.

“Mattru Jong is a beautiful town of about 10,000 people in the south of Sierra Leone. Besides the breath-taking views of the Jong River and the culturally vibrant people, I was surprised at the innovation and community work being done by an organization called AYM (African Youth Movement). The organization aims to train youths in business development and management by employing Sierra Leoneans to run and maintain a charging station and entertainment center. They have also developed a sustainable energy scheme using generators, batteries, and solar and wind power. This organization is a poignant example of a cultural exchange bringing American and Sierra Leone innovation together.”

“The most fun I’ve had in this country [over 24 months] has been at AYM. I can only imagine how mind-blowing it must be for the youth of Sierra Leone. Mattru Jong is very lucky to have caring and creative AYM people.”

“Before arriving in Mattru Jong I didn’t know what to expect. To say the least, I was taken aback by its beauty and the colorful personalities of its people. Like many communities within Sierra Leone, it could greatly benefit from small-scale, local, development projects. African Youth Movement (AYM) has established a trusted relationship with the people of Mattru Jong, the most important aspect of establishing a viable community-based project anywhere in Sierra Leone. AYM has provided community members with an easily-accessible center for charging electronics and entertainment, resulting in increased business and economic stimulus; all while training locals to manage and upkeep the organizations’ goals.”

“Build your own dreams or someone else will hire you to build theirs.”
— Farrah Gray
“I fear not the man who has practiced 10,000 kicks once, but I fear the man who has practiced one kick 10,000 times.”
— Bruce Lee
“Let us remember: One book, one pen, one child, and one teacher can change the world.”
— Malala Yousafzai
“The measure of who we are is what we do with what we have.”
— Vince Lombard
“It takes courage to grow up and become who you really are.”
— E. Cummings
“Too many people are thinking the grass is greener on the other side of the fence, when they ought to just water the grass they are standing on.”
— Amar Dave
“The best way to predict the future is to create it.”
— Abraham Lincoln
“If you don’t make the time to work on creating the life you want, you’re eventually going to be forced to spend a lot of time dealing with a life you don’t want.”
— Kevin Ngo
“If you’re born poor, it’s not your mistake. But if you die poor, it’s your mistake.”
— Bill Gates
“Thousands of candles can be lighted from a single candle and the life of the candle will not be shortened. Happiness never decreases by being shared.”
— Buddha